Sounding the Shofar at the Friday Evening Livestream 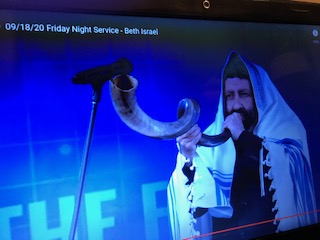 AS THE FALL HOLIDAYS APPROACH

I reach for my sweater against the chill

The crickets are chittering

Sunflowers have shed their golden petals

and a few green tomatoes remain

abandoned on the vines

the High Holy Days are approaching

Soon I will gather with mishpoceh[1]

in the parking lot outside Beth Israel

We will observe Rosh Hoshanna

his kudu shofar beneath the full moon—

Sages tell us the first day of the month of Tishri

is the day God created the world

the world He so loved

the world He gave His only Son to save

The trumpeting reminds me

to reflect upon my relationship

with this God of my salvation

reminds me, humbly, to prepare for Yom Kippur

So I ponder the Day of Atonement

ponder the High Priest entering the Holy of Holies

sprinkling the blood of the sacrifice upon the Mercy Seat

ponder the sacrificed goat and the scapegoat

ponder my sins, atoned for by Yeshua[4]

Who offered His Very Own Blood

Next will be Sukkot

the Feast of Tabernacles—

From inside a leafy sukkah

I’ll be reminded of the sojourn of God’s people

to the Promised Land

reminded of my very own sojourn

eternal life with Him

[1] Mishpoceh is Hebrew for family.

[3] These are the various sounds of the shofar (ram’s horn) on Rosh Hoshanna.

[4] Yeshua is Hebrew for Jesus.

Notice: Coming up next weekend is The Return in Washington, DC. Pray for repentance and revival in the United States and throughout the world. Attend, if you're able, or watch the live simulcast. For more information go to thereturnwebsite.org.

Posted by Maude Carolan Pych at 2:28 PM No comments:

On September 26th there'll be a gathering in Washington DC to pray for our nation and for revival. The event is called, "The Return." Go to Washington (there'll be buses) or pray right where you are. There'll also be simulcasts. More information is available online. In the meantime pray for its success. Pray! Pray! Pray! 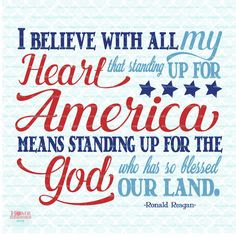 Written in the wake of the September 11, 2001, Attack on America

We’ve been told, God doesn’t belong in our schools

He doesn’t belong in public buildings

not in the town square, not at baseball games

We may not pray to Him in our classrooms

His Name has been shushed from graduations

Our witness at work has been silenced

Crèches and menorahs have been removed from government properties

and replaced with roly-poly Santas, tinseled trees, and dreidels

Christmas and Hanukkah have been neutered

We’ve been closeted by the separation of church and state

but when those 767s flew into those magnificent towers, September 11th

when those great towers imploded, when thousands died tragically

and shockwaves of grief and terror riveted our planet

God’s name arose boldly on banners all across the land

It was posted, plastered, scrawled, and spoken

prayed to by the President, our leaders, newsmen

It appeared on school message boards

It was superimposed upon flag decals glued to our windowpanes

It was emblazoned upon our chests on patriotic T-shirts

along with Scotch-taped photos of those who were missing

Thousands proclaimed it loud and clear

at candlelight vigils and a prayer service at Yankee Stadium

and we all sang it with tears

If we’ve been complacent; if we’ve swept Him aside

packed Him away in attic trunks

with things we thought we wouldn’t need any more

love streaming from His eyes

and we need Him to heal our shattered hearts

Oh, let’s keep the “God Bless” in our “America”

and Americans, let us “Bless God”

O let us never let go of Him again

Posted by Maude Carolan Pych at 5:13 PM No comments:

Here are two new releases that I gladly recommend...The first, "The Harbinger II" is by my pastor/rabbi, Jonathan Cahn; the second, "A Lifetime of Love" is by my good friend, Evelyn Lang. Here's a bit about each of them...

In 2012 Jonathan Cahn caused a worldwide sensation with the release of his first book and massive bestseller, The Harbinger. It has been hailed as “stunning,” “prophetic,” “mind-blowing,” and “astonishing.” Cahn followed it with his bestsellers The Mystery of the Shemitah, The Book of Mysteries, The Paradigm, and The Oracle. But he has always held off on writing a sequel to The Harbinger, believing it was not yet the time. But now is the time.  With the release of The Harbinger II, Cahn will reveal what could not be revealed up until now, including the mysteries that couldn’t be put into The Harbinger—the mysteries and prophetic harbingers that have manifested since the book came out—and the mysteries of what is yet to come. The Harbinger II will take the mystery to new dimensions and heights of revelation. Prepare to be blown away!

A Lifetime of Love is a new release by Christian author and speaker, Evelyn Lang!

Have you ever longed for a more intimate relationship with the Father, Son, and Holy Spirit? Do you want to develop a closer, more loving relationship with your spouse, family, or friends? Then Evelyn Lang's new book is for you! It will give you practical and spiritual nuggets of wisdom that will help you grow closer in those relationships. Using Biblica principles, it will answer questions about how to handle issues for people going through sometimes very difficult, yet common experiences. It deals with the spiritual love of the Father for us as His children, Jesus' love for us as His Bride, and the Holy Spirit's love for us as our Comforter and Friend, as well as our earthly love for our spouses, families, and friends -- and the hurts we may have in dealing with real, ordinary, imperfect people. There are many books on love, but this one will get to the "heart" of it!

Both books are available at Amazon.com and elsewhere.

AN END OF SUMMER POEM FOR YOU... 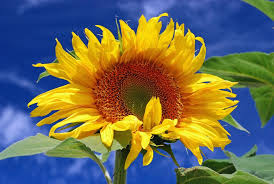 THE SHOW IS OVER

The curtain is drawn—

The show was a success

but the show is over

My sunflowers have taken

The applause has stopped

Their once radiant faces

are sagging now, and pale

Birds peck at them

and fly away with their seeds

are but shriveled petals

scattered upon the ground

Gone are their glory days

they shone with glorious splendor

kings of the garden

to turn their head

Posted by Maude Carolan Pych at 4:41 PM No comments:

Email ThisBlogThis!Share to TwitterShare to FacebookShare to Pinterest
Labels: "A Lifetime of Love" by Evelyn Lang, "The Harbinger II" by Jonathan Cahn, "The Show is Over", "Two Books & a Poem", Sunflowers
Newer Posts Older Posts Home
Subscribe to: Posts (Atom)

Let's begin with one of my favorite verses from God's Word..

"Like a shepherd He will tend His flock. In His arm He will gather the lambs and carry them in His bosom; He will gently lead the nursing ewes." Isaiah 40:11 NASB

Welcome to my poetry blog...


How delightful it is to have the opportunity to share my poems with you. I hope you enjoy them and that you will visit this site often. I generally update this blog on Sunday evenings.

My intention is for this be a place of refreshment and blessing...

I love the Lord with all my heart and my greatest desire is to give glory to Him.

You are welcome to forward and share the poems with others. Please do! I only ask that you assure that the poet's name (a guest poet or mine) is included.

Your comments are encouraged; I enjoy reading them and responding.

A note of thanks to Maria Esteves of Shekinah Systems for her professional assistance in the design and set-up of this blog. http://shekinahsystems.com God bless you, Maria.

"Behold the Lamb...poetically!" is Maude's new book about the Birth, Death & Resurrection of Jesus. It's a perfect inspirational holiday gift and is available now at Amazon.com. For more information, click on the book image.

Maude's 411-page memoir in poetry: "WONDERHOODS" For ordering information, please scroll down to the bottom of this blog.

I LOVE TO FEED HIS SHEEP

The sculpture above is a portion of a larger work: "Henry Moore in a Sheep Meadow" by Red Grooms. The photo was taken at the sculpture garden in Hamilton, NJ.

Maude Carolan Pych
I'm Maude Carolan Pych, a former newspaper reporter who now writes inspirational poetry and poems to record family history. A four-time finalist and three-time recipient of Editor's Choice Awards in the national Allen Ginsberg contest, I've twice won awards for poetry at the St. Catherine of Bologna Art Festival, Ringwood, NJ. My poems have appeared in "The Paterson Literary Review," "Sensations Magazine," "Lips," "The Pillar Monthly" and William W. Francis' book, "Celebrate the Feasts of the Lord." I'm a member of the North Jersey Christian Writer's Group and Ringwood Manor Association of the Arts. I just published "Behold the Lamb...poetically!" It's a book of poetry on the Birth, Death & Resurrection of Jesus. In 2017, I published a 411-page memoir in poetry. It's titled, "Wonderhoods." A mom and grandmom, I remarried in 2006, and reside in the Garden State with my husband, Robert. Born again believers, we worship at Beth Israel Worship Center, Wayne, where I serve as a deaconess.

A Special Poem Just For You...

The following is my most requested poem:

I have to share the most wonderful news with those I love most in this world.

The news I have is more precious, by far, than diamonds or rubies or gold.

There was an enormous void in my life. “Is this all there is?” I would ask.

I searched far to find some meaning in life. It seemed an unknowable task.

One day someone shared the Gospel with me and I learned that Jesus is real.

I prayed to invite Him into my heart and was filled with astonishing zeal!

The day that He gave His life on the Cross to save all mankind from our sin,

He opened to us salvation by grace; life eternal, the prize that we win.

You know that I share the best that I have with my cherished family and friends,

so listen, dear one, to this wonderful news upon which ever-after depends.

then read of God’s love in the sixteenth verse to learn what has happened to me.

Some people grow up with Bible in hand, without Jesus burning in heart,

some haven’t explored the true meaning of life, some wouldn’t know where to start.

my news is for you and all who will hear, who long to receive of God’s best.

You needn’t become a fanatic or prude, I’ve no list of do nots and dos,

God’s Spirit will teach you all you need know. The offer’s too good to refuse.

Although tribulation may take you by storm and trials may bring a hard test,

God’s greater, He’s faithful, He’ll bring you through to victory. You’ll shine in His rest.

This can be the greatest day of your life, the day you receive the New Birth.

This can be the day you begin to know why we’re the happiest people on earth.

Like me, you will yearn to share the Good News with all of the people you love.

Like me, you will want all those you meet to be touched by our Great God above.